I feel amazing! I keep waking up at the crack of dawn with energy surging through my veins and a desperate need to do something creative.

It’s a flabbergasting change from the grey, lifeless person I’ve been for the past year. It’s also the polar opposite to how I’ve been my whole life. My brother always jokes: “mornings aren’t in your skill-set”.

Yet here I am at 6am behaving like one of Santa’s little helpers, manically embroidering Christmas decorations for my friends, family and alternative healers who’ve supported me through this dark year of illness.

The power of Ayurveda

I went to see an Ayurvedic doctor on 3rd December and the results have been instant and extraordinary (see previous post for more info on Ayurveda and ear disorders).

He put me on a new diet. It not only works, it’s delicious.

According to Ayurveda, ear disorders are caused by a vata imbalance in the body. To reduce vata I have to eat heavy, oily, sweet food. I’m under doctor’s orders to eat avocados, coconuts, full-fat milk, maple syrup, parsnips and mangoes. Yum, yum, yum.

Amazingly, it’s the opposite of the depressing anti-mucus diet I’ve followed religiously since February, as prescribed by my acupuncturist. The foods which I’ve lived off (raw oats, broccoli, green lentils, cayenne pepper, apples and jasmine green tea) are precisely those that increase vata. Whereas diary, which I’ve been avoiding, pacifies vata. Has the anti-mucus diet been preventing me from getting better?

As the month progresses I buy all the essential items. Vata-pacifying food, an Ayurvedic cookbook, sesame seed oil for the daily abhyanga massage and a hat to wear in bed.

God knows why I need to wear a hat in bed but the Ayurvedic doctor says it’s essential. My sister sends a link to the latest must-have beauty product: a glamorous silk turban that promises to make your hair silky-smooth. It costs a staggering £50. I buy an infinitely less stylish one from Amazon for £8. It reminds me of the decrepit mother-in-law stuck in the attic from the sitcom ‘Allo ‘Allo. How has my life come to this?

It takes a few weeks to stock my shelves for my new diet but, following the doctor’s instructions, I immediately start drinking a glass of hot, spiced milk before bed.

One morning I stare at myself in the mirror. For the first time in nearly a year I recognise the woman reflected back at me. The imposter has gone. I smile and say “Hello, me”.

By the end of December I feel like myself again. The best way to describe it is to compare my recovery to a jigsaw puzzle.

Until now, it’s felt like ill-fitting jigsaw pieces have been forced together. As a result the puzzle’s picture has been a jumbled mess. Ayurveda has rearranged the jigsaw pieces so they fit perfectly together. The picture now resembles me. I can start functioning again.

It defies belief. After everything I’ve been through – the medical dead-ends, the pain of the tinnitus, the trembling fear from the hyperacusis, the loneliness – can I really only have needed couple of glasses of hot milk and some sesame oil drizzled on my head? 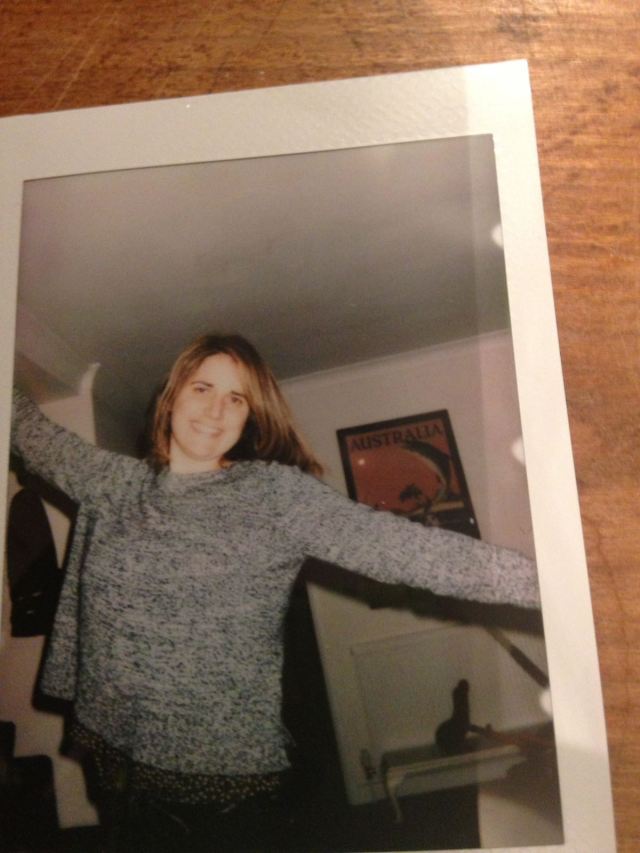 Back from the dead, alive with energy and looking for mischief…..

After a year of virtual isolation, I feel like a jack-in-a-box on amphetamines. My sociable personality is back in abundance. Mischief is calling. There’s only one snag – the tinnitus and hyperacusis haven’t reduced at the same speed that my personality has returned. I’m still pretty much housebound.

I hatch harebrained schemes to have some fun with friends. The parameters are simple: the mischief must be quiet, restricted to one or two people and must take place in my flat.

Tinder is the obvious option but I’m scared to think who might swipe right to such a request. I live in Crouch End, a well-known breeding-ground for thespians, surely there’s a handsome actor who could come round, drink red wine and entertain me with excerpts from whatever pantomime he’s starring in?

I’m giddy from having silly, girly text exchanges with my friends again. I can’t stop laughing at the thought of them propositioning random actors in the local pub.

Unsurprisingly these mischievous plans go nowhere but they make a wonderful change from the depressing texts I’ve been sending for the past year about the varying volume of the tinnitus.

In reality, I spend most of the festive season alone in my flat. However, feeling more like myself, I actually enjoy my quiet, stress-free December. I miss my siblings’ birthdays and, for the first time in my life, the big family meal on Christmas Eve. Any protests disappear when I ludicrously but truthfully say: “If I come then laughing is banned”.

My mum and sister come round on Christmas Day. My new-found energy makes cooking a roast a breeze compared to Thanksgiving a few weeks earlier. My mum falls asleep on the sofa after too much brandy. If only it could have been a handsome actor.

A fitting end to a terrible year

30th December, approx 10pm – I’m standing naked in my bedroom, covered in brown sesame seed oil. I’ve just done the daily Ayurvedic abhyanga massage and have to wait 10 minutes for the oil to be absorbed.

I notice my Ayurvedic nasal spray sitting on my chest of drawers. I insert it up my nostril but…..

I scream in pain! My oily hands have sent it in the wrong direction. Thick artery blood is streaming from my nostril. I run into the bathroom, skidding on the soles of my oil-covered feet.

Blood is everywhere – on the bathroom walls, floor, all over the sink. The bleeding won’t stop. Should I phone an ambulance? How would I explain the nudity? More to the point, how would I explain being covered in sesame seed oil?

I remember seeing a TV show where a doctor uses a tampon to stop a nosebleed. I rummage in the cupboard to get one. The bathroom now looks like a crime scene.

I sit naked on the toilet, covered in oil and blood, with a tampon up my nose. Even by this year’s standards, it’s a new low.

I spend New Year’s Eve scrubbing blood off the bedroom and bathroom walls.